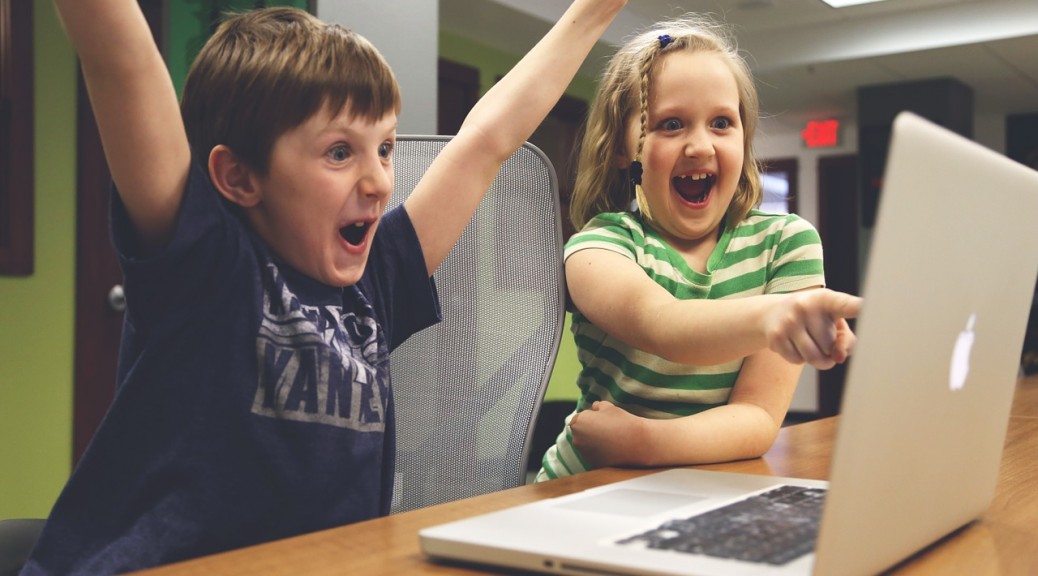 In a perfect world, would you describe your child as welcoming to new kids or standoffish? Most parents want their child to be welcoming and warm, but at CodeREV Kids, we’ve learned over the years that kids often need to be told to reach out to the new kids. We’re proud that our coding classes are inclusive and that we help kids learn to work together, but we also want to offer some advice to parents who want to help their child take a step out of their comfort zone to welcome the new kids.

1. Just tell them the truth

2. Ask them to consider how the new kid feels

It’s common for kids to not welcome the new kid because they don’t realize that it’s something they need to do. Ask them to pretend that they’re the new kid. Would they feel scared? What would they want another kid to say to them? How could your child use that information to help the new kid feel more comfortable? Come up with answers together.

3. Give your child a specific task to do

Give your child one specific goal. It may be to invite any new kids to join them for lunch, it may be to go up and ask them to play during recess, it may be to sit with them on the school bus, or it may be to talk to them before or after school. Giving your child a specific task helps make it easier for them to know how to take initiative.

4. Tell them to help lost kids get to where they need to go

If they see a kid that looks lost, encourage your child to stop and ask if they need help. Even if your child hasn’t mastered every classroom in school, your child will at least know who to ask for help.

5. Show them that asking questions is a good first move

If your child is shy themselves and nervous about approaching a child they don’t know, then simply ask them to walk up to the new kid, introduce themselves, and ask a few questions. This makes it easy for everyone to know what to say as they begin to build up a bond. 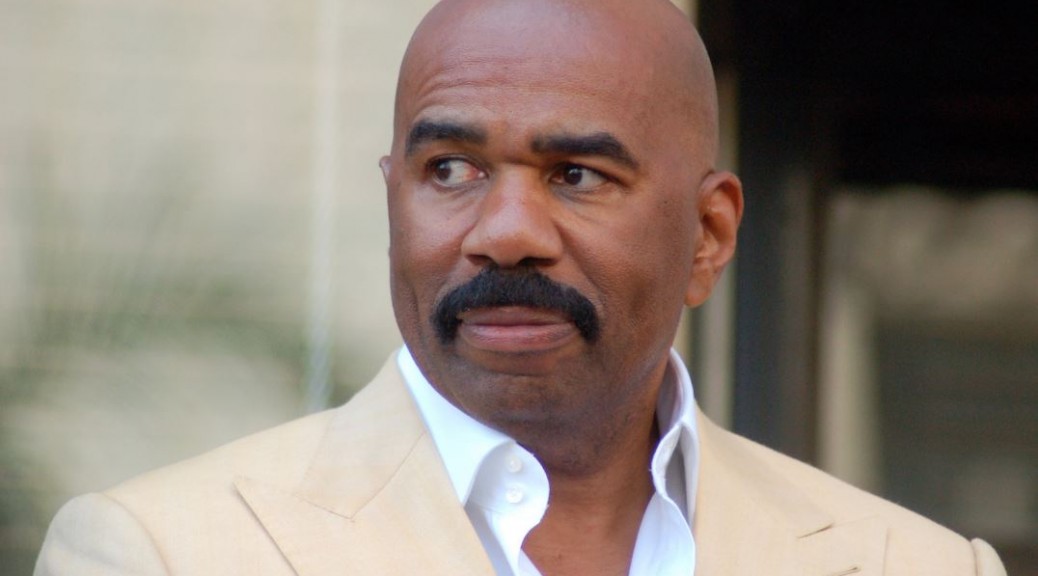 Coding recently got a major platform on the Steve Harvey show. A young child showed off his skills for the comedian-turned media titan. Consider a recent article for the Morning Call titled “Lower Nazareth 7-year-old to talk computer coding on ‘Steve Harvey.’”

According to the author of the article, “There’s a ‘Little Big Shot’ in Lower Nazareth Township and his name is Kedar Narayan. The 7-year-old is so talented at computer coding that the ‘Steve Harvey’ daytime NBC talk show asked him to appear on the program at 2 p.m. Monday when Harvey kicks off a week of celebrating kids. Kedar will explain to Harvey, who also has an NBC Sunday primetime show called ‘Little Big Shots,’ what computer coding is and talk about the program he invented called ‘Storibot.’ ‘Storibot’ is a 3D board game that teaches coding to children and includes tactile elements so that visually impaired children can use it. Harvey is showcasing kids with incredible talent, some who have been on ‘Little Big Shots’ and some who are getting their big break on the ‘Steve Harvey’ stage. Kedar, who is homeschooled, has been writing computer code since he was 5. He started when his parents became frustrated that he was spending too much time playing video games and fibbed to him that his Wii was broken, says his mom Anita. They said he needed to learn how to create games. He learned with a program called Scratch, created at MIT, and from YouTube. His mom, Anita, is a former coder. His father, Kartik, is a biochemist for Sanofi Pasteur. Kedar won an award in November at the Chicago Toy and Game Fair, where he was discovered by Steve Harvey’s people. Anita says the show contacted them two weeks ago and flew them to Chicago, where they taped the show April 12.”

When it comes to customized coding education, your best bet is CodeRev Kids. At CodeRev Kids, our lessons focus on computational thinking, which encompasses a wide variety of programming languages and concepts.

Our lessons build upon one another and we adjust starting points to each student’s level of expertise. Thus, the entire curriculum is customized. We are known for saying we are the most educational tech camp out there, but we also keep the focus on having fun. As a result, students stay engaged while learning to blend creativity with technology. 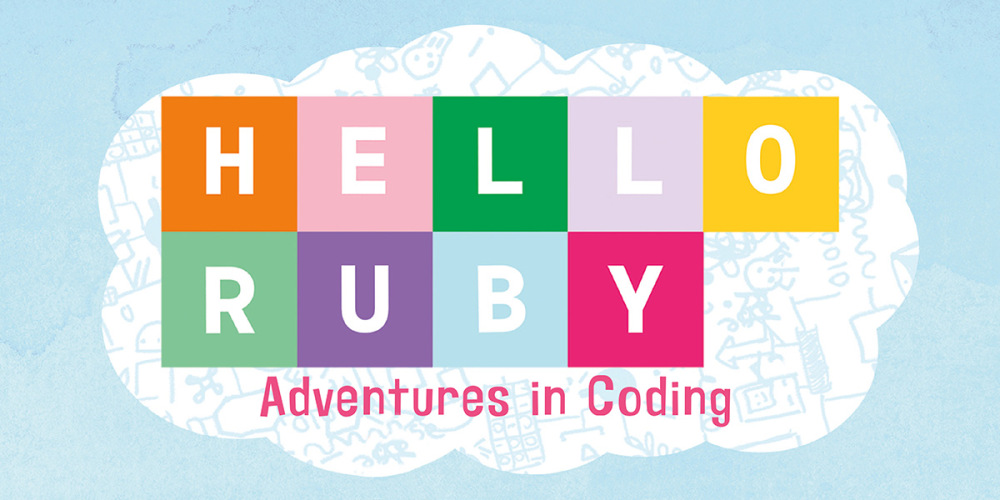 It is no secret that young people in the United States are enthralled with their video games. This doesn’t mean video games necessarily have to be a distraction, however. These games can be used as educational tools. Consider a recent article for Geek Dad titled “Hello Ruby: Adventures in Coding – Thinking Like a Programmer.”

Randy Slavey of Geek Dad writes, “Hello Ruby blew past its initial $10,000 goal on Kickstarter nearly two years ago to become one of the most anticipated children’s books to be launched on the crowdfunding platform. While there are dozens of excellent programming books available that are targeted specifically to kids, what makes Hello Ruby different from other coding books is its surprising lack of code. Any code. Hello Ruby contains no “Hello World” examples, no “Build a Working Calculator” project. There is no mention of language or syntax. In fact, unless you’re reading the eBook version, you don’t even need a computer. Instead, Hello Ruby approaches programming, not as a skill to be taught, but as a way of thinking about a problem. Written and illustrated by programmer Linda Liukas, formerly of Codecademy and 2013 Ruby Hero, Hello Ruby tells the story of a precocious little girl named Ruby who goes on an adventure to find five gems her father has hidden for her. Along the way, she meets a number of interesting characters that will probably seem a little familiar to those with programming or general computer backgrounds. Ruby has to learn to communicate with the penguins, who can be difficult to understand at times with their utterances of ‘grep!’, ‘ awk!’, and ‘bash!’, and the Snow Leopard, who lives on the mountain and prefers simplicity and purity. Throughout the book, Ruby is faced with problems that must be solved using basic principles of programming such as conditions and loops.”

While video games can do wonders for young children, at a certain age, they need human mentorship. This doesn’t have to be less fun or engaging. In fact, with CodeRev Kids, we emphasise having fun just as much as we emphasise coding concepts and languages. As a result, our students stay engaged and learn at the same time.

Furthermore, all of our lessons are customized to fit each students’ level of expertise. All of these lessons emphasise computational thinking, which encompasses a wide range of programming concepts and languages. Thus, they are just as thorough as they are fun.

For more, check out our fall classes and afterschool programs!

There are a variety of strategies parents use to engage their children with coding at an early age. An increasing number of games are being released to help meet this need and prepare children for the necessary coding education institutions like CodeRev Kids can provide. For example, consider a recent article for USA Today titled “How to get kids to start coding.”

Jinny Gudmundsen of USA Today writes, “If you have a Frozen movie fan in your household, head on over to code.org to explore 20 programming puzzles focused on making Elsa and Anna skate to create patterns on the ice. Created in collaboration with Disney for the Hour of Code initiative, these fun puzzles start with an inspiring video where women coders encourage children to learn programming. The puzzles introduce a visual language called ‘Blockly’ that lets kids snap together blocks of commands to create a program.  If interested, kids can toggle to discover what the commands look like in the programming language JavaScript… Similar to the Frozen coding project above, Tynker also uses code blocks to teach kids how to program. Tynker introduces its visual programming language within a series of puzzles called Codey’s Quest. In each puzzle level, kids use the code blocks to make Codey, a cute purple alien, move to his beloved candy. Kids exercise logical thinking to create programs that stress efficiency; and in that process, they learn about programming using loops and conditionals. The app also has a set of Crash Course puzzles that works with connected devices such as the Sphero and Ollie robots. In addition to the free puzzles, Tynker offers a section in which kids can use the block codes to create their own games. Additional content is available via in-app purchases ($1.99-$4.99). A separate school version app costs $5.99. Parents can also find more free content on www.Tynker.com, as well as paid courses.”

If you’re looking to provide your child with a quality coding education, your best bet is CodeRev Kids. Our classes are customized to give your child a unique educational experience.

Lessons at CodeRev Kids focus on computational thinking, which encompasses a wide range of programming concepts and languages. Our lessons build upon one another, and we adjust starting points to each student’s level of expertise; thus, the entire curriculum is customized. Furthermore, while we are known for saying we are the most educational tech camp out there, we also keep the focus on having fun. As a result, students stay engaged while learning to blend creativity with technology.

If you want to give your child a quality, customized coding education, sign up for one of our Fall classes or after school programs today?