Being the new kid in school can be scary and many kids simply aren’t sure how to handle it. As a parent, you may wish that you could tag along with them to make sure they make friends. Unfortunately, that’s not a realistic option – but it is realistic to following these three tips that can help you prepare your child for their first day as the new kid.

1. Encourage your child to be open to new ideas

At your child’s previous school, they likely got used to the way things worked. They may be resistant to doing things in a different way, and they may end up continuously telling their new teachers and classmates, “That’s now how we did it at my other school.” Explain to them that this can come across as though they’re being combative and encourage them to be open to doing things differently. When they’re the new kid, there’s nothing wrong with smiling, even if they don’t feel like it. In short, explain the advantages of acting better than they feel.

2. Teach them the one strategy that can help in almost any situation: Listening

If your child starts to become uncomfortable, tell them to concentrate on listening instead of trying to figure out what they’re supposed to say. The goal is for them to be interested, curious, and patient students. Learning to be a good listener can take some effort so be sure to teach them the basics of active listening.

3. Help them appreciate the adventure of starting a new school

The great thing about starting a new school is that it actually offers your child an opportunity to have an interesting and exciting adventure. Yes, they’ll miss their old friends and they’ll miss knowing where everything is and how it all works. They may feel lonely at first and they may feel less than confident about how to act. Make sure that they know this is normal but that they can use it to their advantage.

If your child is moving during the summer months, why not bring them into CodeREV Kids coding classes? They’ll get some practice talking to kids they don’t know and can start the school year already having some new friends. And of course, they’ll get some great skills by learning to code, how to use Minecraft, and much more. Reach out to us today to learn more! 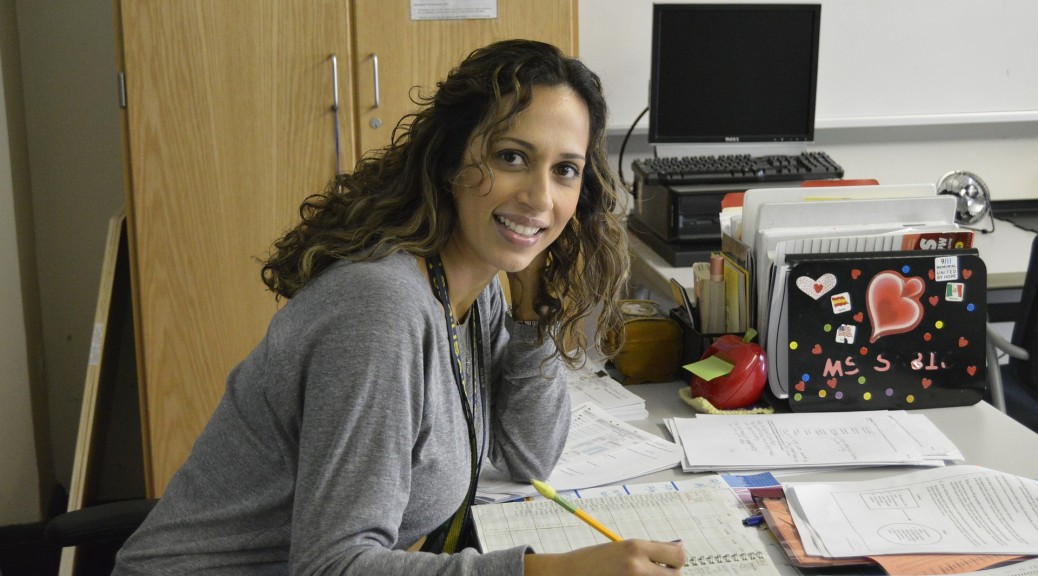 In some places, it is hard to find quality coding teachers. Consider a recent article for the Tennessean titled “Search for coding teachers encounters obstacles.”

Jaime McGee of the Tennessean writes, “If the point of building a computer science program is to prepare students for jobs that are in high demand, how do you find coding teachers who are already highly sought after in the private sector? It’s the conundrum that coding programs across the United States face as they seek to fill their teaching ranks. At RePublic Schools, which offers computer science at four Nashville schools, the strategy has been to find teachers who are interested in teaching coding, rather than finding coders interested in teaching. ‘Given the way the economy and the actual demand for jobs is right now, someone who is really proficient in computer science seems to have a lot of flexibility in the job and environment they work in,’ said Ryan York, RePublic’s chief information officer. Part of it comes down to salary. An average middle or secondary school teaching job pays about $49,000 in Tennessee, while Tennessee software developers make an average of $82,000 to $88,000, according to the U.S. Bureau of Labor Statistics. York was a math teacher at Apollo Middle School when he taught himself computer programming. He created software for teachers that would help them track students’ proficiency more efficiently and develop individualized learning plans. Having already developed a passion for education, he shifted his focus to technology, but still within schools.”

Some adults might need unconventional ways to pick up on coding so they can teach it to youth. Consider a recent article for Quartz titled “This new robot teaches kids about coding—but it’s awesome for grown-ups, too.” Mike Murphy of Quartz writes, “Dash and Dot are meant for young children (although the box says ‘Ages 5 to ∞’), so Gupta says for now at least, the actual code behind what kids are doing in the app won’t be available for them to check out. But Gupta says he wants to get kids thinking at an early age about how things in the digital age actually work. And although I’m not the target demographic, I liked building little programs to make Dash and Dot terrorize my coworkers, or annoy my roommates. I liked being able to take a broad view on my programs, seeing how every step would unfold—something that is often lost in laymen looking at a text-based programming language. While I’m not entirely convinced that a five-year-old would be able to appreciate the coding aspect of Dash and Dot yet, Gupta said it’s a toy that’s meant to grow with kids.”

When it comes to customized coding education, your best bet is CodeRev Kids. At CodeRev Kids, students learn computational thinking, which encompasses a wide range of programming concepts and languages. Our lessons build upon one another and we adjust starting points to each student’s level of expertise. Thus, the entire curriculum is customized.

Sign up for one of our after school programs or fall classes today! 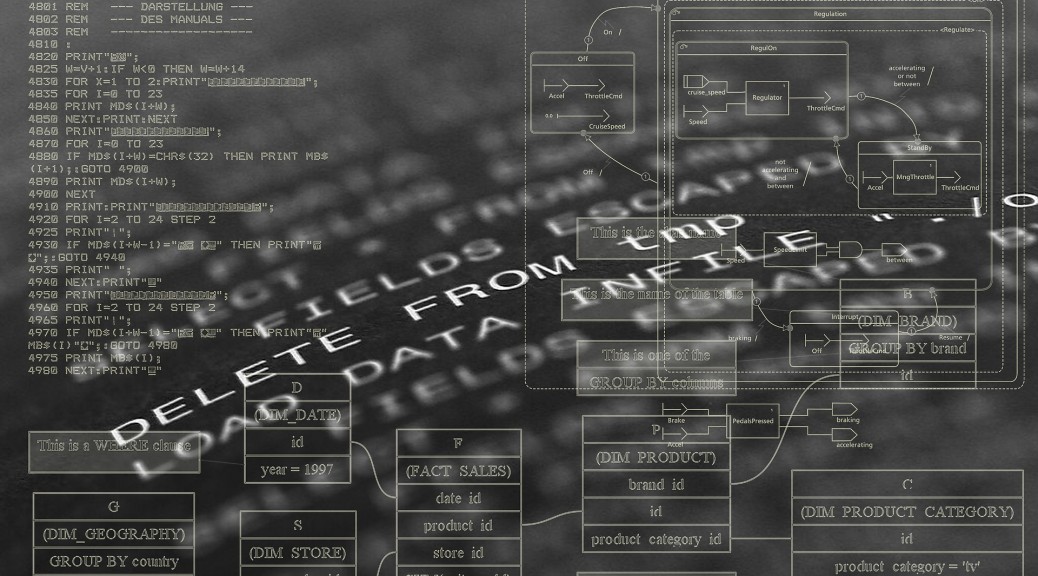 We have long known that a well rounded education is the best education. However, people are trying to pit important subjects against one another and the residual effects could be detrimental to young people’s future careers. Consider a recent article for the Tampa Bay Times titled “Editorial: Don’t sacrifice foreign languages for computer coding.”

According to the author of the article, “Sen. Jeremy Ring, D-Margate, is the sponsor of SB 468, which would allow students pursuing a diploma on a college preparatory track to substitute two credits of rigorous computer coding classes for two credits of sequential foreign language instruction. To earn full credit, computer coding students would have to earn a related industry certification at the end of their coursework. The bill would allow students who earn the computer coding credits to be eligible for the Florida Bright Futures Scholarship Program. Each school district would develop a plan for a computer science curriculum and submit it to the Legislature by January 2017. In Florida, students seeking a 24-credit standard diploma are not required to take foreign language classes. But students on track to attend college who wish to receive a diploma with a scholar designation must earn two credits in a world language, which mimics entrance requirements for Florida’s public universities. Ring, a former Yahoo executive, sees coding as its own unique language. But such a switch deprives students of valuable spoken language training, and a coding curriculum fits best within the science and math disciplines. Providing students with the chance to receive two years of coding instruction is a terrific opportunity that goes beyond the state’s existing commitment to expose students to computer science training from kindergarten through 12th grade. But sacrificing traditional foreign language study would be a mistake. Florida, with its large population of Spanish speakers, should be on the vanguard of language instruction, pushing all of its graduates to learn new languages and appreciate different cultures, races and ethnicities.”

CodeRev Kids fills in the need for coding education for California youth. Our lessons focus on computational thinking, which encompasses a wide range of programming concepts and languages. These lessons build upon one another and we adjust starting points to each student’s level of expertise. Thus, the entire curriculum is customized.

Sign up for one of our afterschool programs and/or fall classes today! 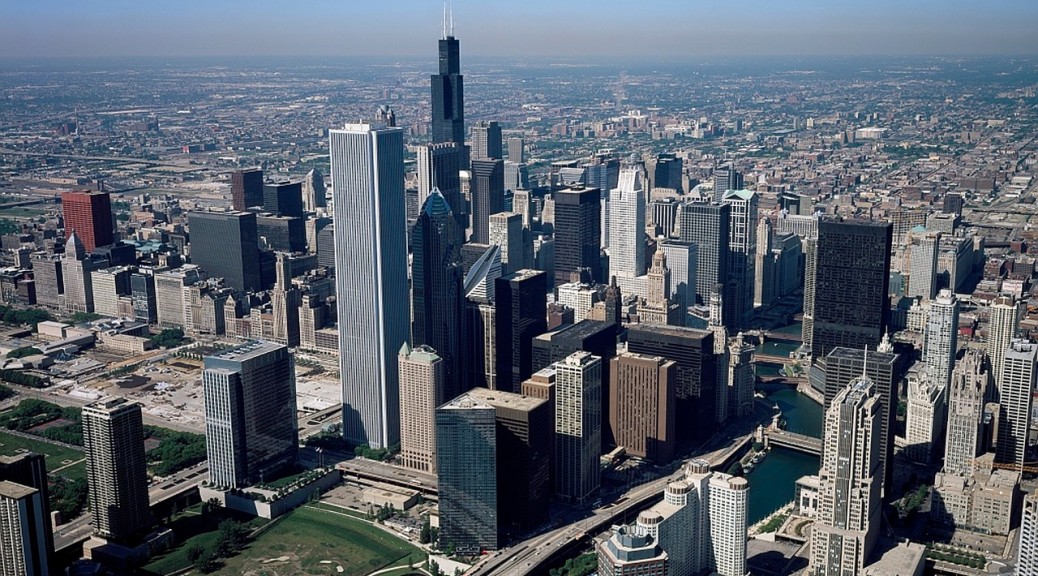 Coding is becoming a major priority for schools across the country. Chicago recently made a bold statement when the Mayor suggested that all high schoolers should code. Consider a recent article for Ubergizmo titled “Chicago Mayor Thinks All High School Grads Should Know How To Code.”

Tyler Lee of Ubergizmo writes, “Should everyone young person learn how to code? As technology becomes more integrated in our lives and with more jobs and industries relying on technology more than ever, the answer might be a ‘yes’ for some. Over in Chicago, the city’s mayor Rahm Emanuel seems to think so as well. According to a report from The Hill, Emanuel expressed his opinion that every high school graduate should know how to code, to the extent that he thinks such classes should be made a requirement in schools. Emanuel was quoted as saying, ‘Just make it a requirement. I am fine with Common Core. We adopted it in the city, one of the first cities to do it. I’m great. [But] you need this skill — national policy. Make it a high-school graduation requirement.’ Emanuel has been a huge proponent of making coding a requirement in schools. Ever since becoming mayor in 2011, he has made several steps towards that goal and by 2018, computer science is expected to become a requirement in high school graduations, at least as far as Chicago is concerned.”

Slash Gear also explores this in a recent article titled “Chicago mayor calls for national coding graduation requirement.” Brittany Hillen of Slash Gear writes, “The call was made by Chicago Mayor Rahm Emanuel, who made the proposal this past Thursday. He pointed out that kids need to have this knowledge to thrive in the present and future world. Chicago itself already has plans in place to get its high schoolers on the coding path, moving to have computer science sources as a graduation requirement. According to The Hill, in a statement at a Washington Post-sponsored event, he said, ‘Just make [coding classes] a requirement. I am fine with Common Core. We adopted it in the city, one of the first cities to do it. I’m great. You need this skill — national policy. Make it a high-school graduation requirement.’ While a noble effort, there are some big barriers in place — namely, finding individuals with both the tech credentials and the teaching credentials to teach such classes. As it stands, and as many critics have pointed out, those qualified to teach the classes can earn much higher salaries taking their skills elsewhere, giving them little incentive to become a high school instructor.”

With coding education becoming increasingly sought after, taking advantage of customized coding curriculum is even more valuable. When it comes to custom coding education for youth, your best bet is CodeRev Kids.

Our lessons emphasize computational thinking, which encompasses a wide variety of programming concepts and languages. These lessons build upon one another and we adjust starting points to each student’s level of expertise.

If you’re looking to take your child’s coding education to the next level, you can’t go wrong with CodeRev Kids!